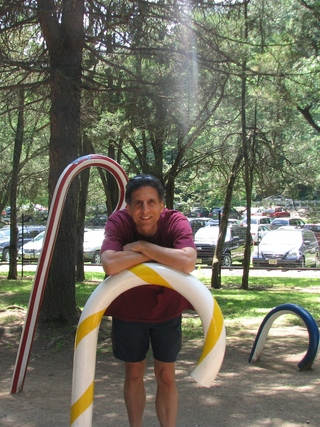 Luigi Jannuzzi is a subject of biographical record in Marquis Who's Who Publications inclusion in which is limited to individuals
who have demonstrated outstanding achievement in their own fields of endeavor and who have, thereby, contributed significantly to contemporary society.

® Marquis Who's Who LLC 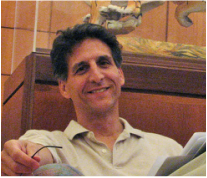 son of Louis (in construction) and Virginia Ann

Acted in and directed one-act published plays: A Bench at the Edge and The Barbarians Are Coming.

1986 Goshen College Playwriting Peace Prize, for The Barbarians Are Coming; New Jersey State Council of the Arts fellowship, 1987, for A Bench at the Edge, and 1999, for Night of the Foolish Moon; Samuel French One-Act Competition winner, 1995, for The Appointment, and 1996, for With or Without You; National Endowment for the Humanities grants: U or Vermont in 1995, Columbia U in 1998, Rutgers U in 2001; Geraldine R. Dodge Foundation grants, 1995, 2001; Best One-Act in Ireland designation, 1999, and Best One-Act in Scotland and the United Kingdom designation, 2001, both for A Bench at the Edge; Walt Whitman Cultural Arts Center grant, 2001, Perry award 2006.

With Kent Bateman, screenplay A Bench at the Edge.

An award-winning playwright of one-act theater pieces as well as full-length plays, Luigi Jannuzzi combines romantic/absurdist comedy with serious themes of love, truth, and the need to rise above it all. His one-act plays, such as A Bench at the Edge and The Barbarians Are Coming, provide staple fare for college productions.

Jannuzzi's first produced and published play, A Bench at the Edge, was described by Gina Shaffer in the Los Angeles Daily News as a comedy "depicting a semi-surrealistic confrontation between a suicidal man and a sociable eccentric parked on a bench 'at the edge of the abyss.'" For Shaffer, Jannuzzi's "comic allegory is refreshingly offbeat." Robert Koehler in the Los Angeles Times similarly praised the "ingenious narrative turns" that help this play avoid "pretension." Reviewing a 1984 production, Drama-Logue's T. H. McCulloh called the work "a thought-provoking piece played in high comic style" and "a fine piece of writing." Almost two decades after it was written, Januzzi's one act won awards in Scotland and Ireland. Reviewing a Scottish performance in 2001, a contributor for the Caithness Courier called it an "intense, absorbing play."

Additional one-act plays from Jannuzzi include The Barbarians Are Coming, The Appointment, and With or Without You. In the first of these, two medieval lords are arguing over the type of tea to drink while barbarians are invading the castle and attacking its inhabitants. The play won the Goshen College Playwriting Peace Prize in 1986. The Appointment is another absurdist comedy, this time set in another world. A play about pettiness, understanding, equality, and God, it features a man with a three o'clock appointment with God. However, in the waiting room are two women also with three o'clock appointments. Trying to manipulate the situation, the man misses his own appointment with God. In With or Without You, a young woman meets with her ex-boyfriend who says he has all the inside information on her current boyfriend. George R. Hubbard, writing in the Louisville, Kentucky, Courier-Journal, praised the plot line of the play, noting that "one really wanted to know what happens next."

Jannuzzi's first full-length play, Night of the Foolish Moon, is a "modern-day takeoff on the Don Quixote story of 'Man of La Mancha,'" according to Thomasina Emory, writing in the Kalamazoo Gazette. In the play, Roger, an actor looking for new meaning in his life, takes a break from the theater. Meanwhile, his mother stages a community production of Man of La Mancha, a musical featuring the character of Don Quixote, who, in his quest for "the impossible dream," turns to knighthood. These dual missions cause a time warp to open between the medieval period of Don Quixote and the contemporary world of Roger. Don Quixote's sidekick, Sancho Panza, manages to slip through this warp to the modern day, but only Roger and his mother are able to see him. The play's production brought praise from many quarters. C. J. Gianakaris, writing in the Kalamazoo Gazette, found that it "provided plentiful laughs," and that "most of the standard ingredients of comedy are to be found" in it. Jim Breetveld, reviewing the same play in the Home News Tribune of East Brunswick, New Jersey, considered Night of the Foolish Moon a "highly imaginative comedy." Breetveld concluded, "this 'Moon' really shine[s]." And Stuart Duncan, writing in Time Off, noted that Jannuzzi's play serves up "good fun, plenty of chuckles and a couple of big laughs." For Duncan, the production was "something quite special."

Jannuzzi's second full-length play, For the Love of Juliet!, also takes a look back at theater history. In the comedy, Julie is an actress auditioning for the role of her life as Juliet in Romeo and Juliet. She has dedicated herself to an imaginary muse named Romeo, and now must choose between him and her real lover, who wants to come back into her life after a five-year absence.

FURTHER READINGS ABOUT THE AUTHOR:

Caithness Courier (Caithness, Scotland), February 28, 2001, "Making a Drama out of a Crisis," review of A Bench at the Edge . 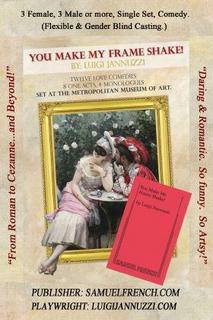 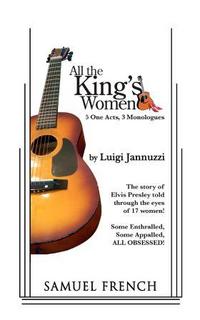 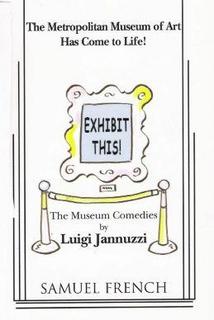 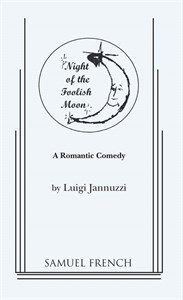 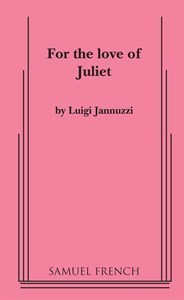 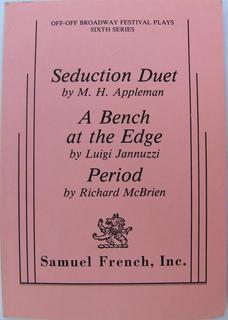 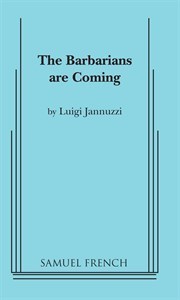 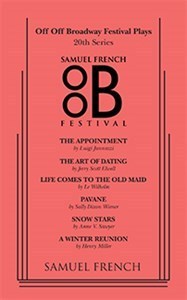 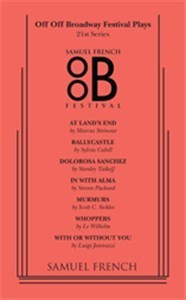 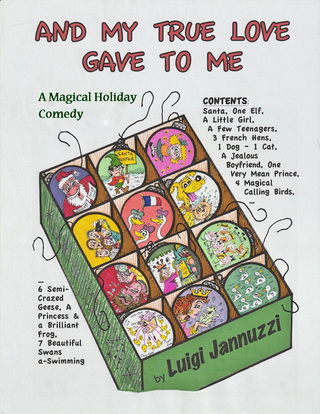