Want this play? Clicking here links to the publisher: SAMUELFRENCH.com
*CLICK HERE TO READ* a free sample of "WITH OR WITHOUT YOU"

WITH OR WITHOUT YOU was a winner of the 1986 SAMUEL FRENCH ONE ACT PLAY award (6 others in book.)
**Click here for the 2008The Lawrenceville School, Lawrenceville, NJ Production of With or Without You Directed by Brittany Patton & Taylor Leyden (57 KB)

WITH OR WITHOUT YOU 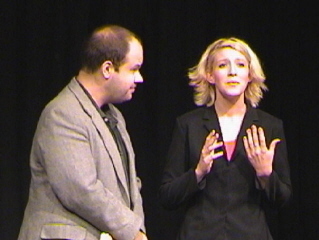 George alphabetizes Mary's mail, rotates her tires, follows her new dates till he can prove their unfaithfulness.

Then he calls Mary and says, "I have pictures.

"Mary wants to know, but should she spur George onward?

The play begins in a restaurant with George waiting for Mary. Mary enters wanting and not wanting to be there.*It's an hilarious comic roller coaster of twists and turns.

Louisville Courier Journal: "One really wanted to know what happens next."

"George loves Mary. Mary despises George. George has pictures of what? See how funny stalking can be in Luigi Jannuzzi's With or Without You." 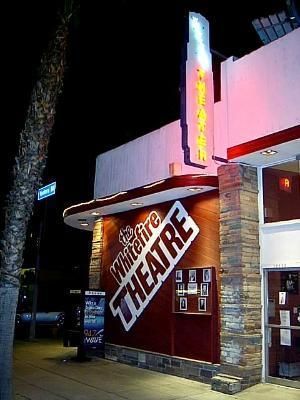 By providing information about entertainment and cultural events on this site, TheaterMania.com shall not be deemed to endorse,
recommend, approve and/or guarantee such events, or any facts, views, advice and/or information contained therein.
©1999-2006 TheaterMania Inc. All Rights Reserved. Terms of Use & Privacy Policy