Want this play? Clicking here links to the publisher: SAMUELFRENCH.com
*CLICK HERE TO READ* a free sample of "A BENCH AT THE EDGE" 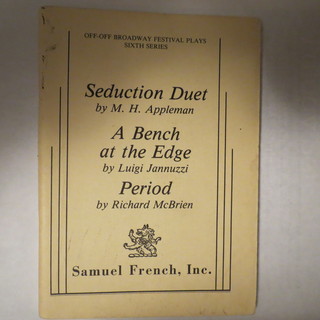 A BENCH AT THE EDGE won the SAMUEL FRENCH ONE ACT PLAY CONTEST. (2 other plays in book.)BARE STAGE, COMEDY, 2 CHARACTER: MALE OR FEMALE! CONTEMPORARY 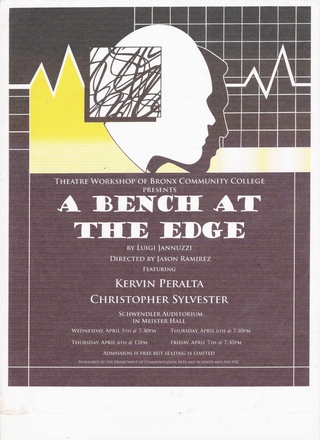 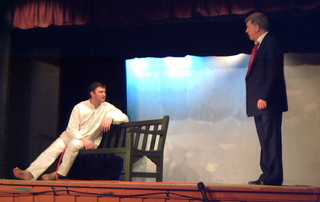 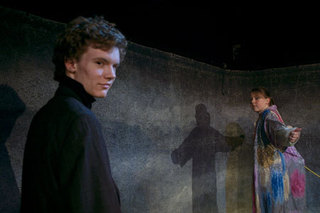 Alex Ripley and Maaike van Hittersum star in the production of Luigi Jannuzzi's "The Bench at the Edge"A young man, frustrated by life, arrives at the edge between life and death only to be met by a young woman who has lived at the edge all her life. That is the setting for the drama guild's production of "The Bench at the Edge".The character of the young woman lives at the edge and has an extension cord connected to her back.Will the young man make a dive over the edge or will he find a reason to carry on with life? Attend the play and find out.Courtesy: F. E. Madill Secondary School231 Victoria St. Wingham, ON 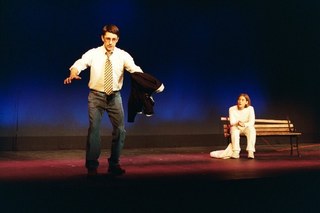 A BENCH AT THE EDGE, Stetson University, Florida

SCOTTISH PRODUCTIONA journey which began in the Assembly Rooms and saw the production team of Jannuzzi's surreal black comedy travel to Brora, Falkirk and Belfast, ended fittingly, back in Wick in early August. The players team were once more proudly displaying both the Scottish and UK championship trophies. A great achievement for a provincial club. and an eight month roller coaster ride of emotions. Personal success once more for Donald Farmer as director, Andrew Craigie and Kevin Farmer as cast members along with Allan Bruce, Robbie Anderson, Peter Stewart, Jack Steele, James Steven and Kathlyn Harper who were all savouring the feeling for a second time. 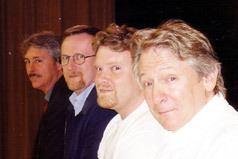 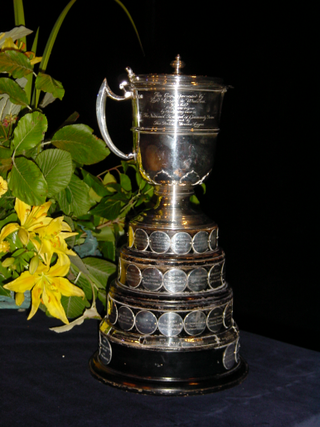 A man sits on a bench at the edge of an abyss watching the human race rush into it. Along comes a second man contemplating "a heroic dive." What is the abyss and what are these men doing here? Terrifying concepts and visions of deepening mysteries emerge from their confrontation, and they conclude that life is precious after all. 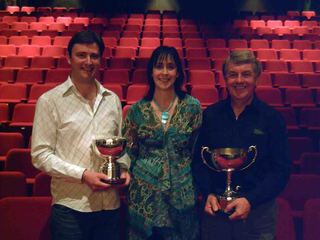 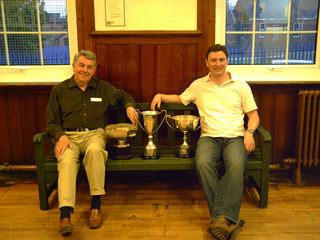 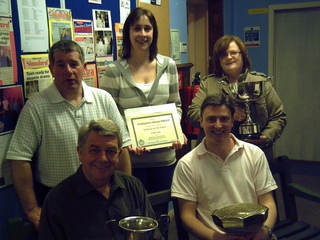 Oct 2006 Production in Heidelberg, Germany
2006 U S Army Festival of One Act Plays

Kaiserslautern KMC Onstage, “A Bench at the Edge” by Luigi Jannuzzi (50)

Schweinfurt Abrams Players, “All Gave Some” by Wendy Latella (language) (50)

4:00 – 5:00 pm: “What’s This Button For?:” Put free net technologies and on-line tools to use in your theatres under the tutelage of Vic Phillipson.

6:00 pm: Showcase Performance: Eric Rockwell and Joanne Bogart’s” The Musical of Musicals – The Musical” presented by the The Jester Theatre Company, Orlando, Florida